Bournemouth Hotel to be converted into 17 Bed HMO 🏢🏨 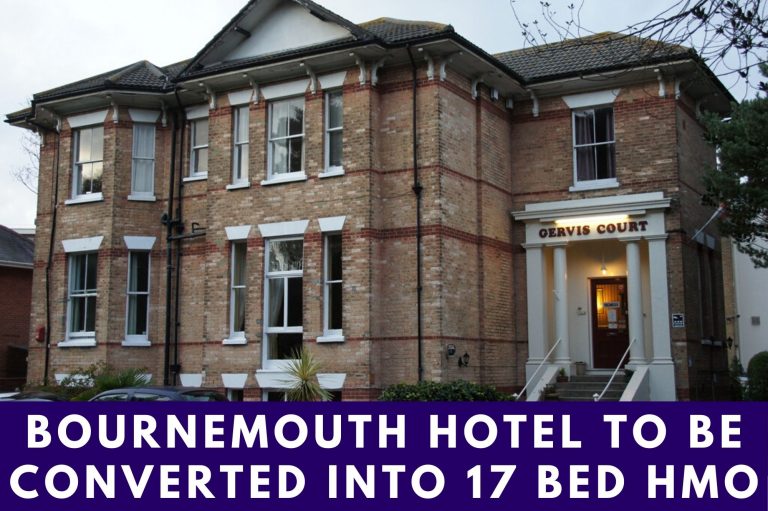 The application to convert Gervis Court hotel into a 17-bed house in multiple occupation (HMO) was submitted in Bournemouth.

A statement submitted on its behalf to BCP Council says the proposal is following a separate application submitted last year to convert the building into 19 flats.

The latest plans, if approved, would allow the former hotel to be converted into an HMO.

The future of the hotel as a business was considered by the Bournemouth tourism accommodation screening panel in 2018.

It found an investment of £285,000 was needed for it to create “reasonable” income for its owners but it said the money would be better to invest in a high street bank savings account.

“In order to create a business that could return the owners a reasonable wage the property would need to be comprehensively refurbished,” it said.

“Clearly there is a risk that the costs of the works will overrun and the business will not perform at the level anticipated.

“Even if the forecast targets were met, the return on investment is de minimis.”

The request for permission to use the building as an HMO is coming after the submission of plans to convert it into 19 flats which were submitted in September.

A decision on the scheme will have to be made by the council’s planning committee after the application was “called-in” by Hazel Allen, the Bournemouth town centre councillor .

She claimed the proposals were “unsympathetic” and could destroy many of the more historic elements of the 1860s-built structure.

Previous Post: Chatteris Bank to be Converted Into 7-Bed HMO