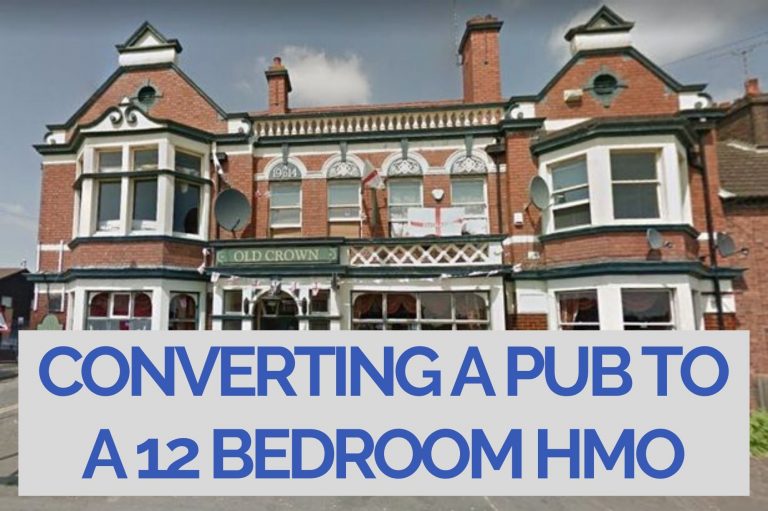 Developers who won a battle to convert a pub into accommodation property have submitted further plans to expand the site, despite the objections from Coventry council’s leader.

A local campaign on saving the historic pub was canceled after a committee agreed at the third time of asking that it was “positive re-use” of a vacant pub whose sales declined 47% in nine years.

Councilors and residents were afraid that it could be used as a hostel due to the layout, but the developer insisted it was intended for “single professionals”.

Further plans to expanding the back of the property to create an extra eight bedrooms – increasing to 20 in future – have been recommended for approval ahead of a meeting in September.

How to Convert a Property into an HMO

A house in multiple occupation (HMO) – is a property which is rented by three or more tenants who aren’t part of the same household. Many landlords let HMOs as they consider them a more efficient way to run a rental portfolio… read more

Previous plans were declined by ward councilor Linda Bigham – now Lord Mayor – but new proposals have led to objections from the council leader George Duggins, branding it “undesirable incremental intensity of the use”.

But planning officer Liam D’Onofrio sees the property as “acceptable in principle” and recommended it is given the green light.

In the report he claims: “In considering the intensified use with eight additional bedrooms officers are mindful that the historic use of the site was a public house and it is considered that comings and goings associated with the new residential use on a generous sized plot will be absorbed into the streetscene.

“It has been demonstrated that parking provision is at an acceptable level given the existing on-street capacity and the scheme is appropriately designed and is not therefore considered to impact upon the amenities of surrounding occupiers or the appearance of the area.”

Eight ‘off-street parking’ spaces are added to the new application plus ten car parking spaces provided for the previous use.

The applicant also states that proposed extensions have been “designed sympathetically” to “reflect the character” of the building.

It added: “The proposal represents high quality design and would not have an adverse impact upon the amenities of neighbouring properties or highway safety, with the proposals supported by a suitable highways assessment.”

Previous Post: Best Results on Buy-to-let are in the North and Midlands